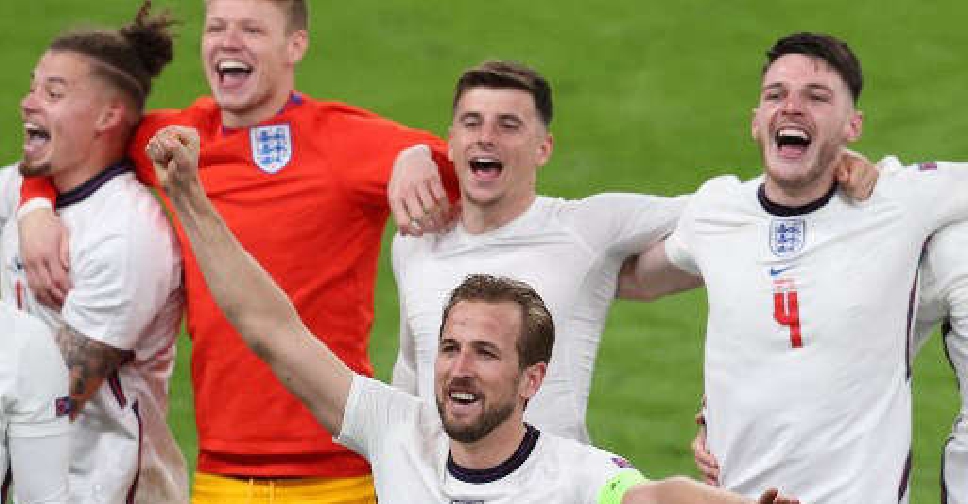 England ended a 55-year wait to reach a major final after they overcame Denmark at Euro 2020 and the result dominated the front and back pages of the country's newspapers on Thursday with most going on a similar theme to Daily Mirror's splash: "Finally".

England beat the Danes 2-1 in extra time to reach a first final since they won the World Cup in 1966, prompting the Daily Star to ask on its front page: "Is this the greatest dream ever?", while the Independent led with, "The history-makers".

"England are in a final — a final! — and these are the strangest, rarest, and most beautiful of words to write, read or even imagine," Henry Winter wrote in The Times.

There was plenty of praise for manager Gareth Southgate, who has carried the pain of his penalty shoot-out miss at the semi-finals of Euro 96 and often been criticised for his tactics.

"(He has) the bravery to be unpopular, to be the scapegoat if it goes wrong," wrote Martin Samuel in the Daily Mail.

"England won. England are in the final. The end justified the means.

"Every decision to here can be defended on this simple outcome. That’s football and, at last, England are actually quite good at it. Pinch yourself and believe, because it is what this team and its manager deserves."

There were also plaudits for England captain Harry Kane, who became his country's joint-highest goalscorer in major tournaments, moving level with Gary Lineker on 10 goals, when he converted the winning penalty at the second attempt.

"Through this Kane was the player England needed him to be, a quietly assertive leader," wrote Barney Ronay in the Guardian.

"It has been a show of deep character to rouse himself from those early days where he seemed to be staggering around Wembley with a Chesterfield sofa strapped to his back."

Matt Dickinson in The Times reflected on the euphoria at the final whistle and wondered what emotional outpouring might be triggered if England beat Italy in the final.

"A mighty roar bellowed around Wembley stadium. It cascaded out of pubs and bars, and along streets across the nation," he wrote.

"If this could feel so wonderful once it had stopped feeling so agonising, imagine the delirium if England actually go on to win Euro 2020 on Sunday."