England hold on in thrilling finish for Ashes draw 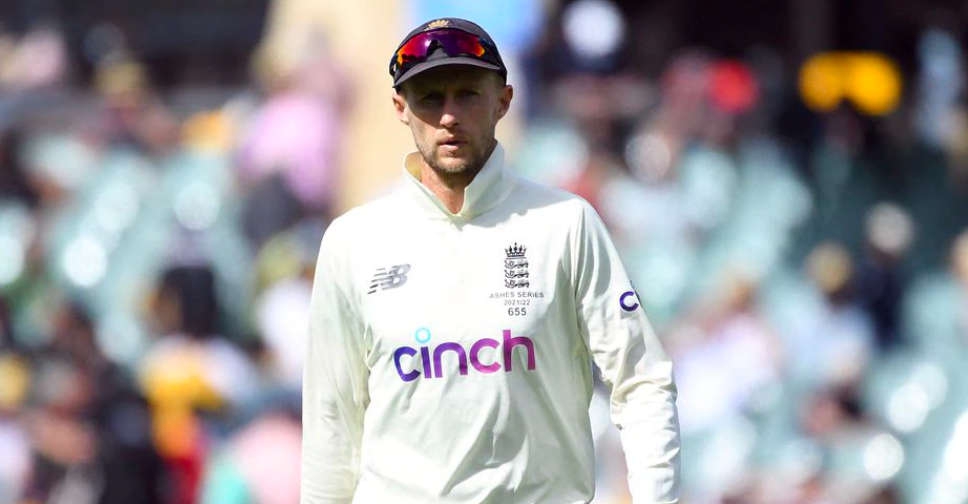 England's walking wounded defied the Australia bowling attack to bat out a dramatic final day of the fourth Ashes test for a morale-boosting thriller of a draw at the Sydney Cricket Ground on Sunday.

Stuart Broad and James Anderson steered England to 270 for nine at the close of play in the evening gloom, well short of the victory target of 388 but a huge turnaround after heavy losses in Brisbane, Adelaide and Melbourne.

Australia skipper Pat Cummins was unable to use pace in a tense final three overs because of the fading light and his predecessor Steve Smith took his first test wicket in almost six years to dismiss Jack Leach for 26 with his leg spin.

That left Australia needing one wicket in the last two overs but Broad and Anderson, despite as many as eight fielders crowding around them, stood firm to frustrate the home side.

"It's been a difficult tour, but we stood up and found a way to get a result out of this game," said Root.

"We wanted to put pride back into the badge. The way we went about it in this game, we did that. We know there's a long way to go. It would be nice to front up again next week and go one better."

Opener Zak Crawley had led off the rearguard with an assured 77 and Ben Stokes, who famously steered England to a dramatic victory at Headingley in the last Ashes series, chipped in with 60 runs despite being clearly hampered by a side injury.

Root, although not reaching the heights he can as a batsman, played his part with 24 runs in a partnership of 60 with Stokes for the fourth wicket after rain had stopped play for an hour after lunch.

Jos Buttler, also nursing a finger injury which has ruled him out of the fifth test, scored 11 runs from 38 balls before becoming one of two batsmen to depart in three deliveries from Cummins with the new ball.

"There was clearly a bit of pain relief required," Root added.

"It's not just physical element but the psychology of knowing that you're going into a pressure situation not 100%. To then be able to perform at the level some of the guys did was phenomenal really."

It was a second year in a row that Australia had failed to dismiss their opponents on the final day of the SCG test to secure victory after India batted out a draw last year.

"It was a great game of test cricket. We came close. We'd have loved to go four-nil but it was a good match," said Cummins.

"When you are that far ahead in a game, of course you want to win it. We got close but just not close enough."

Australia had dominated the majority of the match, declaring twice and turning every apparent setback they faced into an advantage.

Man of the Match Usman Khawaja came into the side for his first test in more than two years and scored centuries in both innings as a middle order replacement for Travis Head, who had tested positive for COVID-19.

Frontline quick Josh Hazlewood was unavailable for a third straight match because of injury but that only allowed Boland to continue an extraordinary start to an unlikely test career.

The 32-year-old took 6-7 on debut as England were skittled for 68 in their second innings in Melbourne.

He took 4-36 in the first innings and 3-30 in the second in Sydney, finishing with an unprecedented average of 8.64 among bowlers who have 10 or more deliveries in tests.

Boland took two wickets at a cost of no runs in four maidens in an extraordinary spell at the start of day three when England lost three batsmen without scoring a run for 53 deliveries.

Despite some gritty resistance from Bairstow and Stokes, Australia were able to dismiss England for 294 in reply to their first inning 416-8 declared.

Khawaja's second century and a 179-run fifth-wicket partnership with Cameron Green on day four put the hosts in a position for a second declaration on 265-6.

Cummins defended his decision to leave the second declaration until quite so late on Saturday, blaming in part the weather forecast.

"I thought the wicket was still not playing too many tricks," he said. "I thought if they batted really well, 350 was achievable out there."