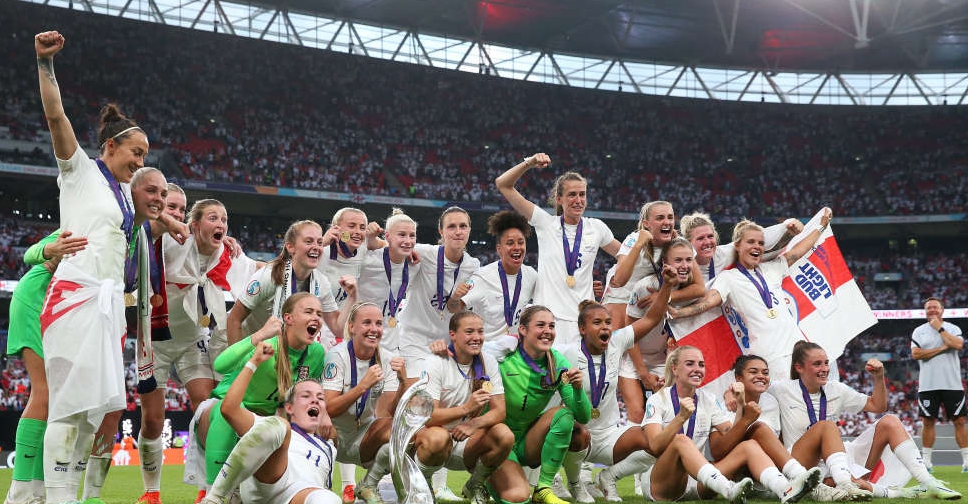 All eyes were on England like never before as the Lionesses completed their fairytale run at the Women's European Championship by beating the dominant Germans 2-1 in Sunday's final at a sold-out Wembley Stadium.

A record 87,192 crowd went into a frenzy when substitute Chloe Kelly scored in extra time to seal England's victory and a first major trophy for the Lionesses, who roared throughout the tournament.

The win marked a monumental day for English football -- it comes 56 years after England's men beat West Germany in the 1966 World Cup final, the only previous major trophy won by a men's or women's England senior team.

But above all, it highlighted the huge strides made in the women's game in the country, where the Football Association (FA) banned women's football for nearly 50 years in 1921.

Having twice fallen at the final hurdle, it proved to be third time lucky for England as the class of 2022's memorable run throughout the tournament lifted spirits all around the country.

"The Championships and your performance in them have rightly won praise," Britain's Queen Elizabeth said in a letter to the Lionesses. "However, your success goes far beyond the trophy you have so deservedly earned.

"You have all set an example that will be an inspiration for girls and women today, and for future generations."

Sarina Wiegman's team have been unstoppable as they scored a record 22 times during the tournament, including an impressive 4-0 thumping of second-ranked Sweden in the semi-finals.

Prior to the final, skipper Williamson hoped that regardless of the result, the tournament would prove transformational for not just the women's game but gender equality at large.

She emphasised the team's impact after lifting the trophy: "The legacy of this tournament and this team is a change in society; we've brought everyone together," the 25-year-old said.

Former England and Arsenal defender Alex Scott described Sunday's win as "the moment" for women's football in England, saying that it was a dream come true.

"So many people have been involved to get women's football to this point, to see this trophy. This is what we've all been dreaming of," Scott, a member of the 2009 line-up that finished runner-up to Germany, said in her role as a BBC pundit.

"This moment reminds me of the 1999 Women's World Cup when USA won that. It changed the face of soccer in America forever.

"I feel this is a moment in England. This is the moment."