Dalic delighted as Croatia step up to reach last 16 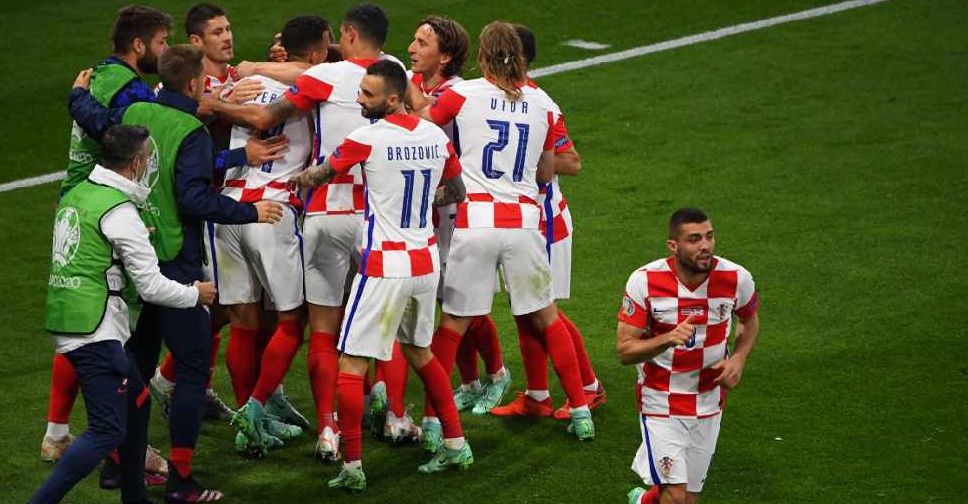 Croatia coach Zlatko Dalic was overjoyed to have steered his side into the Euro 2020 knockout stages after second-half goals from Luka Modric and Ivan Perisic helped them to a 3-1 Group D win over Scotland at Hampden Park.

Both teams needed a win to advance and after Callum McGregor cancelled out Nikola Vlasic's opener for the Croatians, Modric netted a superb long-range effort before Perisic sealed the win with a glancing header.

It was a much-improved performance by the 2018 World Cup runners-up after tepid displays in a 1-0 defeat by England and a 1-1 draw with the Czech Republic.

"Congratulations to the lads for an effervescent performance that propelled us into the knockout rounds and we will now be ready for whoever comes our way in the last 16," Dalic told a news conference.

"The most important thing is that we will be able to have our fans back because we are much stronger with them roaring us on from the terraces."

The Croatians, who face the Group E runners-up in Copenhagen on Monday, were cheered on by only a handful of fans in London and Glasgow as COVID-19 quarantine rules deterred many from making the trip to Britain.

With Croatian media speculating that Dalic would have been sacked if the team had suffered an early exit, the 54-year-old coach was relieved that his players delivered their best performance when it mattered.

"We were compact and although we let Scotland back into the game late in the first half, we talked things over at halftime and never lost our heads," he said.

"It was a matter of time before we scored the second and what a fantastic goal by Luka, it's amazing how he keeps going a at this level. I am proud to have him as the team captain."

Modric was emotional after a fine individual display reminiscent of his performances in the 2018 World Cup.

"After tonight's performance, we'd have been able to walk off the pitch with our heads high even if we had lost," he told Croatia's HRT state television broadcaster.

"The goal I scored means a lot to me and I am glad it helped us win, but the most important thing is that the whole team looked the part."