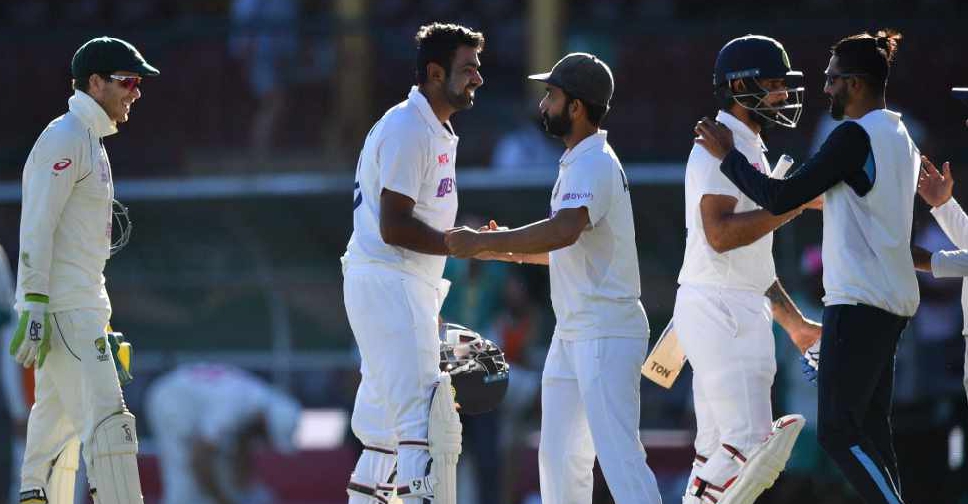 India captain Ajinkya Rahane said his team's draw in the third Test against Australia felt like a victory after the touring side pulled off a great escape at the Sydney Cricket Ground on Monday.

A hamstrung Hanuma Vihari and bruised Ravichandran Ashwin thwarted Australia's formidable attack over the last three hours to snatch a draw from the jaws of defeat on a dramatic final day.

"As good as winning a test match," Rahane, leading the side as regular skipper Virat Kohli is away on paternity leave, told reporters.

"When you come abroad and play a match like this, it's special, it's as good as victory."

After both departed, the onus was on Vihari and Ashwin to frustrate the same Australian attack which had skittled out India for 36 in the opening Test in Adelaide.

To complicate matters for India, Vihari pulled his hamstring and hobbled through the rest of the match with a strapped thigh.

Ashwin, promoted in the batting line-up after Ravindra Jadeja fractured his thumb, took several blows on his arms and body but bravely soldiered on.

The duo foiled Australia in dogged rearguard defiance spread over 43 overs to keep the series tied at 1-1 heading into the final match in Brisbane.

"Everyone has chipped in but credit to these two guys who batted over two-and-half hours till the end," Rahane said.

"We were actually counting down deliveries in the last five-six overs.

"We all were sure of Ashwin's ability as a batsman. Vihari has been batting really well throughout the series though he did not get any big score.

"Our message during tea was 'just hang in there, play one ball at a time, one over at a time. Let's not think too far ahead'," added Rahane.