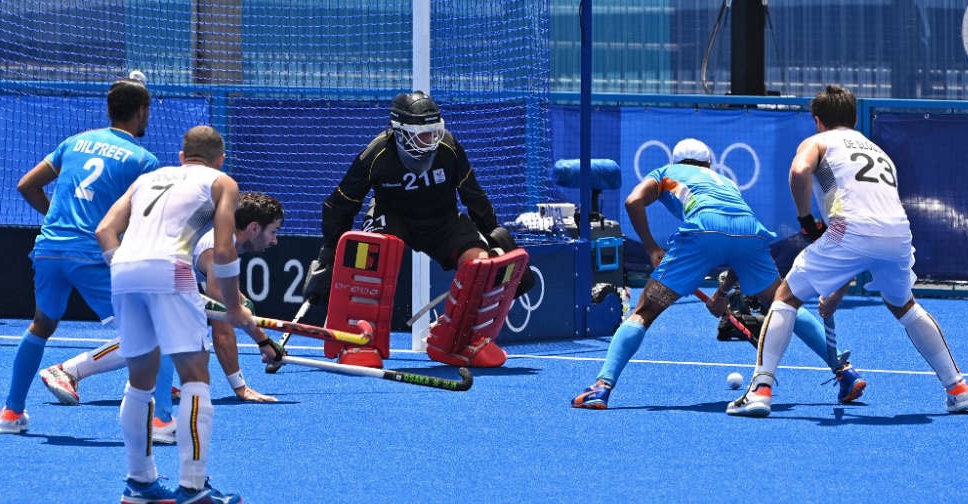 World champions Belgium earned a spot in the men's hockey finals at the Tokyo Games after beating India 5-2 on Tuesday, giving the 2016 Rio Olympic silver medallists a fresh chance at securing a gold medal.

Belgium will now face Australia or Germany in the gold medal match on Thursday, while India will play for bronze.

"We're very proud for making the finals, but the last step is yet to be made," Belgium captain Felix Denayer said.

"We would really love to play our best hockey at the end."

Eight-time Olympic champions India, who last claimed the top prize at the 1980 Moscow Games, levelled the score and then pulled ahead not much later through goals from Harmanpreet Singh and striker Mandeep Singh.

But Belgium continued to believe it could make it to the final despite losing their early lead, said Alexander Hendrickx, who is the top scorer at the Tokyo tournament.

"In the end, the opportunities that we created were enough to win the game," said Hendrickx, who made the equaliser with a goal off a penalty corner halfway through the second quarter.

With 11 minutes left to go, Hendrickx again lived up to his reputation as a superb drag-flicker by scoring his second goal off a penalty corner in the match, giving Belgium a 3-2 lead.

Hendrickx, who played with a bandage around his head to protect a wound on his forehead, then completed a hat-trick by scoring a penalty stroke, while veteran John-John Dohmen added another goal for Belgium in the final minute.

Hendrickx has now scored 14 goals, the most any player has scored in the men's Olympic hockey tournament since Juan Amat netted 16 goals for Spain at the 1980 Olympics.

"I think that we controlled the game, as the game went on we had more dominance," Belgian head coach Shane McLeod said.

For India, which would have played its first Olympic finals since the 1964 Tokyo Games if it would have won, the outcome was heartbreaking, defender Rupinder Pal Singh said.

"We were here to win a gold medal. That was our aim, but we lost today," said Singh, one of the most experienced players on the Indian side.

"The great thing is we have a chance to finish third in the next game so we will focus on that."