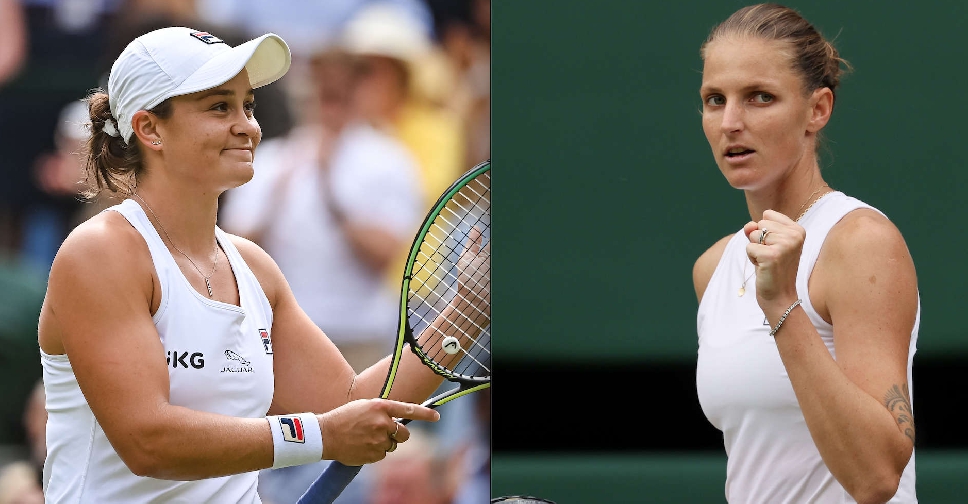 The 25-year-old will now aim to emulate Evonne Goolagong who won the second of her two Wimbledon crowns in 1980.

After saving a break point in a nervy opening game on a sunny Centre Court, world number one Barty was supreme in the first set as her all-court game flowed on the grass.

The 33-year-old Kerber used all her experience on the surface to hit back in the second set and looked poised to take it into a decider when serving at 5-3.

But Barty got back in the groove and broke to love.

Kerber's game went off in the tiebreak and Barty surged into a 6-0 lead and despite missing out on three match points she was never going to let her opportunity slip.

A netted backhand from Kerber sent Barty through to her second Grand Slam final, having won the French Open in 2019.

She will face Karolina Pliskova in Saturday's showpiece after the Czech beat Aryna Sabalenka -- the first time since 1977 that both finalists are in their maiden Wimbledon final.

Former Wimbledon junior champion Barty was forced to pull out of the French Open because of a hip injury that needed intensive rehab in the build-up to the Championships.

After a tricky start when she lost a set against Spaniard Carla Suarez Navarro in the first round, Barty has warmed to the task of following in the footsteps of Goolagong on the 50th anniversary of her first Wimbledon title.

And she took it up another level against former world number one Kerber who has returned to form after a slump.

The World No.1 was near flawless in her semi-final win...@ashbarty | #Wimbledon pic.twitter.com/Es7pHECEoX

"This is incredible, this is close to as good a tennis match as I will ever play," Barty, who like trailblazer Goolagong is proud of her indigenous Australian heritage.

"Angie brought the best out of me today and it was a hell of a match right from the first ball and I knew I would have to play that well just to compete. Very proud of myself and my team and now we get a chance to win the childhood dream."

Barty was the first Australian woman to reach a Wimbledon semi-final since Jelena Dokic in 2000 and it was only her third Grand Slam semi, so there was some early tension.

The Queenslander double-faulted on the opening point and a couple of errant groundstrokes offered Kerber two break points.

Kerber failed to take them though and when Barty guessed right on a Kerber smash on break point in the next game, firing a forehand winner down the line, the Australian got on a roll.

Mixing her heavy sliced backhand with whipped up topspin forehands, Barty dictated the points and her only blip was a double fault at 30-30, 5-3 that offered Kerber an escape route, but again Barty snuffed out the danger.

Kerber began to hit more freely in the second set and after an early break, she moved 5-2 ahead with a trademark forehand played almost in a squatting position.

Barty never panicked though and broke to love with an angled forehand when Kerber served at 5-3.

After that she was an unstoppable force.

"I was trying to play my game. But she always had a good answer. She played great in important moments. I think that was the key at the end," Kerber said.