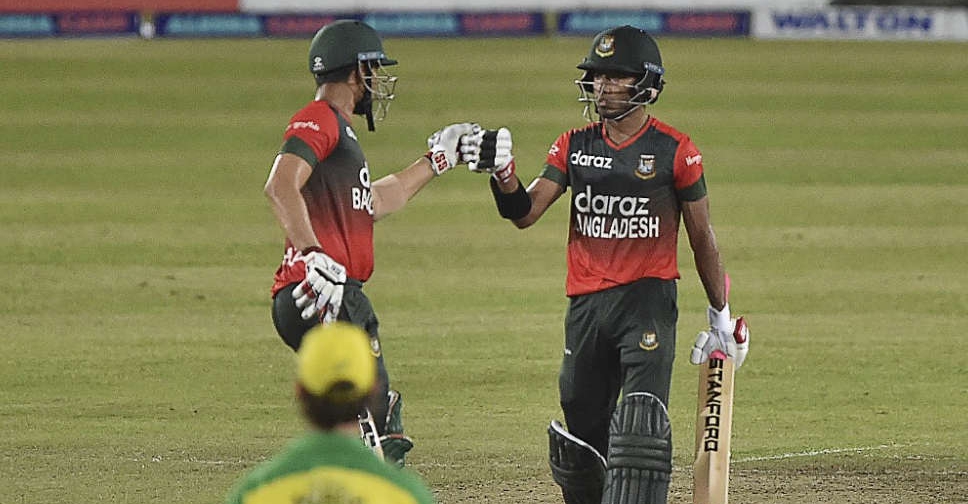 Bangladesh defeated Austria by five wickets in Wednesday's second Twenty20 International and took a 2-0 lead in the five-match series.

Mustafizur Rahman troubled the Aussies with his pace bowling and then Atif Hossain shone with the bat to guide the hosts to victory.

Atif struck five boundaries and a six in his unbeaten 37, which helped Bangladesh chase 122 after they were 67-5 following 11.2 overs.

Wicketkeeper Nurul Hasan (22 not out) partnered Atif in rescuing the hosts after they had a rocky start in Dhaka.

Earlier, Mustafizur took 3-23 and Shoriful Islam bagged 2-27 as Bangladesh's fast bowlers restricted Australia to 121-7, with Mitchell Marsh (45) top-scoring for the visitors after they won the toss and elected to bat.

Bangladesh won the opening match on Tuesday by 23 runs, claiming their maiden T20 victory over Australia.

The third match will be played on Friday.