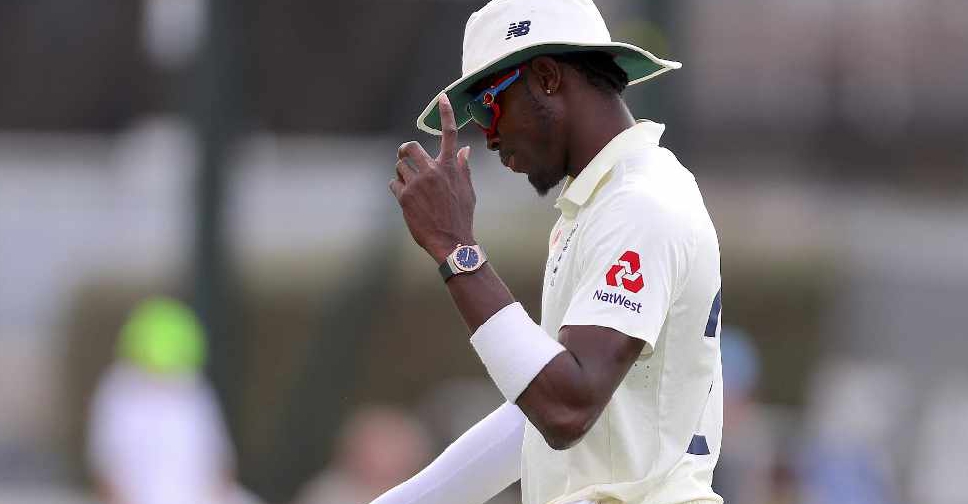 Jofra Archer revealed he was struggling for motivation ahead of the third test against the West Indies on Friday after receiving racist abuse on social media.

The fast bowler has passed on details of the abuse to the English Cricket Board and is seeking to have action taken.

"Some of the abuse I have taken over the past few days on Instagram has been racist and I have decided that enough is enough," he wrote in his column in the Daily Mail on Wednesday.

"Since Wilfried Zaha, the Crystal Palace footballer, was abused by a 12-year-old online I drew a line and I will not allow anything to pass, so I have forwarded on my complaints to the ECB and that will go through the correct process.”

Archer was fined and warned by the English Cricket Board and forced to isolate on his own after being left out of the second test at Old Trafford, which England won by 113 runs on Monday to level the series at 1-1

"I found I was struggling for motivation in the circumstances when it came to returning to bowling in the nets. When I walked outside of my room for the first time since being placed into self-isolation for breaking the COVID-19 protocols, I heard the cameras clicking with every single step I took," he wrote.

"The whole spectacle made me feel uneasy. I know what I did was an error of judgement and I have suffered the consequences of that. I haven't committed a crime and I want to start feeling myself again.

"I spoke briefly to the doctor about how I'm feeling and also to Ben Stokes on Monday night. Ben tried to advise me on how to deal with being in the spotlight of international sport. He vowed to back me and support me. Now, I need to be 100 percent mentally right so that I can throw myself into my cricket this week," Archer added.