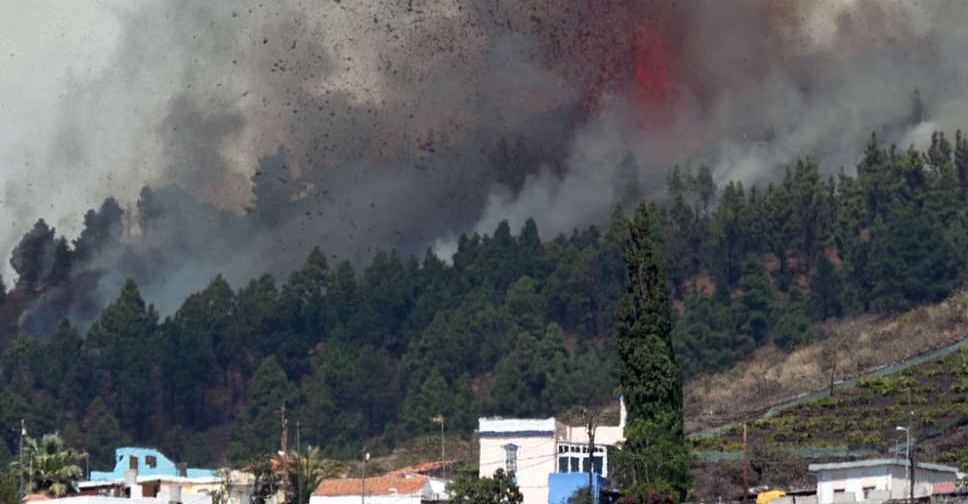 A volcano erupted on the Spanish Canary Island of La Palma on Sunday, sending fountains of lava and a plume of smoke and ash into the air from the Cumbre Vieja national park in the south of the island.

Authorities had already begun evacuating the infirm and some farm animals from the surrounding villages before the eruption, which took place on a wooded slope in the Cabeza de Vaca area at 3:15 p.m. (1415 GMT), according to the islands' government.

Immediately after the eruption, the municipality urged residents in a statement to "exercise extreme caution", and stay away from the area and off the roads.

The population of nearby villages were told to go to one of five centres to be evacuated, and soldiers were deployed to help.

Spanish television showed fountains of lava shooting into the sky, and plumes of smoke could be seen from across the island.

There had been more than 22,000 tremors this week in the Cumbre Vieja area, a chain of volcanoes that last had a major eruption in 1971 and is one of the most active volcanic regions in the Canaries.

The earliest recorded volcanic eruption in La Palma took place in 1430, according to the Spanish National Geographical Institute (ING).

In 1971, one man was killed while taking photographs near the lava flows, but no property was damaged.