US urges Ukraine to be open to talks with Russia 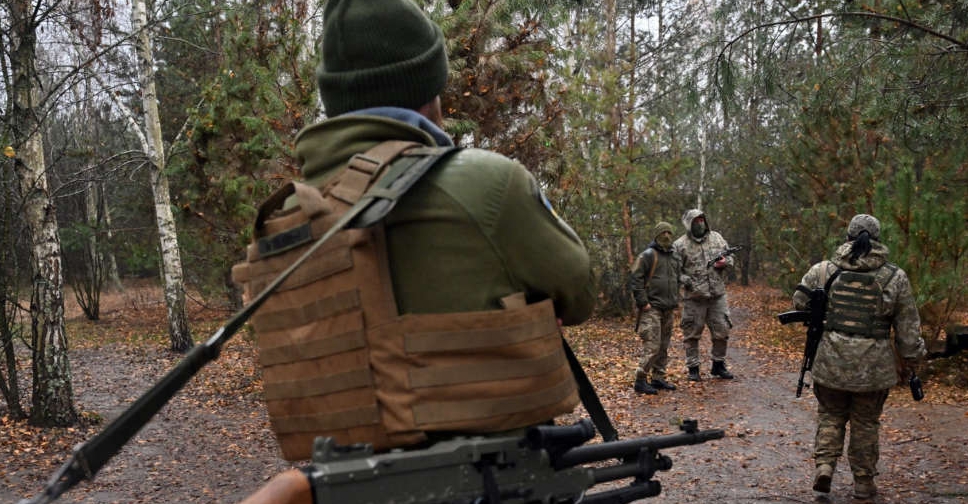 The United States is privately encouraging Ukraine to signal an openness to negotiate with Russia, the Washington Post reported, as the State Department said Moscow was escalating the war and did not seriously wish to engage in peace talks.

The newspaper cited unnamed sources as saying the request by American officials was not aimed at pushing Ukraine to the negotiating table, but a calculated attempt to ensure Kyiv maintains the support of other nations.

US and Ukrainian officials acknowledged that Ukrainian President Volodymyr Zelenskiy's ban on talks with Russian President Vladimir Putin had generated concern in parts of Europe, Africa and Latin America, where the war's effects on costs of food and fuel are felt most sharply, the Post said.

"Ukraine fatigue is a real thing for some of our partners," it quoted an unnamed US official as saying.

Zelenskiy signed a decree on October 4 formally declaring the prospect of any Ukrainian talks with Putin "impossible" but leaving the door open to talks with Russia.

The White House National Security Council had no immediate comment on the accuracy of the report.

A State Department spokesperson responded: "We've said it before and will say it again: Actions speak louder than words. If Russia is ready for negotiation, it should stop its bombs and missiles and withdraw its forces from Ukraine.

"The Kremlin continues to escalate this war. The Kremlin has demonstrated its unwillingness to seriously engage in negotiations since even before it launched its full-scale invasion of Ukraine."

The spokesperson also noted remarks by Zelenskiy on Friday, in which he said: "We are ready for peace, for a fair and just peace, the formula of which we have voiced many times."

US National Security Advisor Jake Sullivan said during a visit to Kyiv on Friday that Washington's support for Ukraine would remain "unwavering and unflinching" after Tuesday's midterm congressional elections.

The United States announced $400 million worth of additional security assistance for Ukraine, including refurbishing T-72 tanks from the Czech Republic and missiles for HAWK air defences that could be used against Russian drones and cruise missiles.

The new assistance brought the amount of US military aid sent to Kyiv to more than $18.2 billion since the invasion.

In the latest sign of Russia's retreat in one of the most bitterly contested areas in Ukraine, Putin publicly endorsed the evacuation of civilians from parts of Ukraine's southern Kherson region on Friday.

This appeared to be the first time Putin has endorsed the evacuations personally, although Moscow has been ferrying people out of an area it controls in Kherson on the west bank of the Dnipro River.

Last week, Russia said the evacuation zone would also include a 15-km buffer area on the east bank.

Kyiv says the measures have included forced deportations of civilians, a war crime, which Russia denies.

Putin's comments came amid signs Russia could be preparing to abandon its military foothold on the west bank of the Dnipro, including Kherson city.

The regional capital is the only big city Russia has captured intact since its invasion in February. Its loss for Russian forces would be one of the severest blows of the war.

Pictures have circulated on the internet showing the main administration building in Kherson city with Russia's flag no longer flying atop it. Kyiv has been wary, saying such signs could be Russian deception to lure Ukrainian troops into a trap.

The fiercest fighting over the last week had taken place around Bakhmut and Soledar, in the eastern Donetsk region about 500 km northeast of Kherson, Zelenskiy said late on Friday.