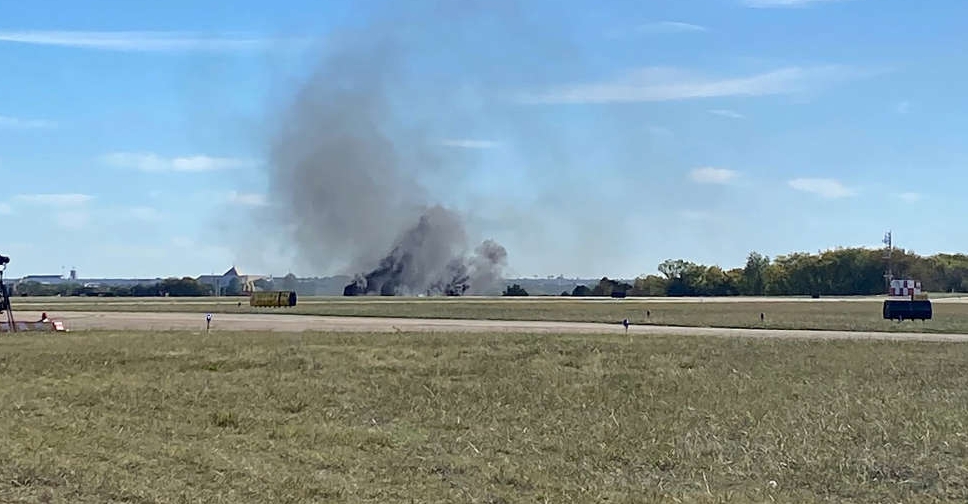 Two vintage military planes collided in midair on Saturday at a World War II commemorative airshow in Dallas, federal officials said, crashing to the ground before exploding into flames.

It was not immediately clear how many people were injured or killed.

The incident early on Saturday afternoon involved a World War Two-era Boeing B-17 Flying Fortress bomber and a Bell P-63 Kingcobra fighter that were flying at the Wings Over Dallas Airshow at Dallas Executive Airport, the Federal Aviation Administration (FAA) said in a statement.

Emergency crews rushed to the site of the crash, airport officials said on Twitter, but it was unclear how many people were aboard the two aircraft, the FAA said.

Hank Coates, the president and CEO of the Commemorative Air Force (CAF), a group dedicated to the preservation of World War Two combat aircraft, told a news conference the B-17 normally has a crew of four to five people.

The P-63 is manned by a single pilot, Coates added, but would not say how many people were aboard the aircraft at the time of the crash, their name or their condition.

Video clips posted on social media captured the incident as it unfolded, showing the two aircraft colliding and crashing on the ground, engulfed by flames. Scenes from live aerial video showed debris from the aircrafts scattered on a patch of browned grass at the site of the collision.

Both the FAA and the National Transportation Safety Board (NTSB) launched investigations, with the latter taking the lead and providing updates, officials said.