Trump lashes out at fellow Republicans 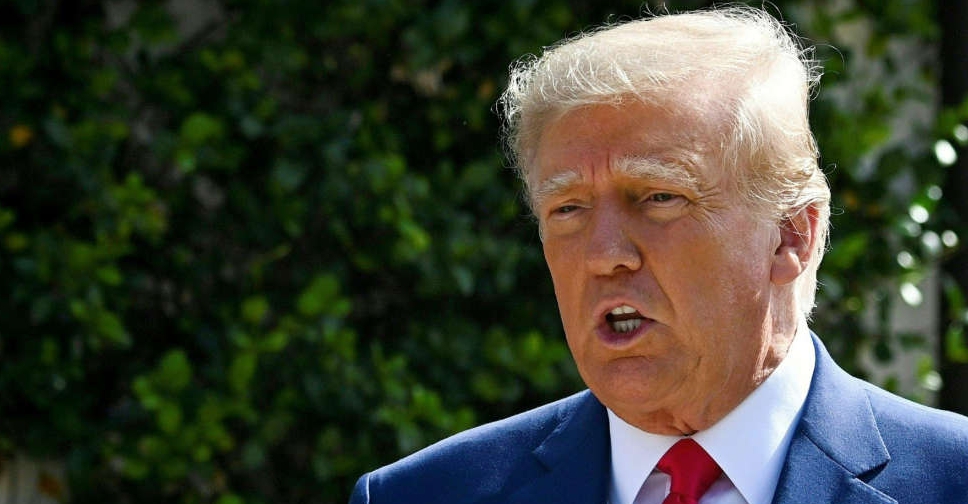 Donald Trump is again at war with his party, angrily denouncing potential rivals, airing old grievances and acting more like the insurgent who stormed to victory six years ago than a former president.

This is days before he is expected to launch another White House run.

The former one-term president has slapped the man seen as his main threat, Florida Governor Ron DeSantis, with the label "DeSanctimonious" and tried out a nickname with a racist tone for Virginia Governor Glenn Youngkin as he looks to ward off any challengers for his party's 2024 nomination.

For Trump, who has long viewed himself as a wrecking ball within the party, it's much the same playbook he ran in his successful 2016 campaign, and his failed 2020 re-election bid.

But it comes as a growing chorus of Republicans blames him for their weaker-than-expected performance in Tuesday's congressional elections and when Trump may need to build support across the party rather than drive it away.

Erstwhile Republican luminaries such as former New Jersey Governor Chris Christie and former congressman Paul Ryan and conservative outlets such as Fox News Channel and the Wall Street Journal have criticized Trump for injecting himself into the midterms, arguing that his involvement spurred Democratic turnout and alienated independent voters.

Trump, in turn, has blasted back, accusing the media without evidence of favouring DeSantis in a conspiracy to deny him the nomination.

Trump has a history of marginalizing his opponents with derisive nicknames and rallying his supporters against them, as he did in 2016 with rivals such as Jeb Bush and Marco Rubio.

"He frames people up and allows his supporters to knock them down," said a Florida Republican strategist, who asked not to be identified to protect his relationship with Trump.

But in recognition that the political landscape since 2016 may have markedly changed, people around Trump are trying to persuade him to soften his image, fearing that his scorched-earth rhetoric is turning off a lot of voters who may like his policies but are starving for some normalcy, a senior adviser told Reuters.

There is also an effort to get Trump to focus less on past grievances.

"The 2016 campaign was about solving problems and offering ideas. We are trying to convince him to talk about the future. We'll see what happens," the adviser said.

With the party splintering, some of Trump's allies are already trying to demonstrate their loyalty publicly.

Elise Stefanik, the No. 3 Republican in the US House of Representatives, endorsed him on Friday, though he has not yet launched a run and the first party primary is over a year away. Representative Marjorie Taylor Greene of Georgia said on Twitter that successful Republican governors should stay in place and not try to run for president.

Neither DeSantis, who was convincingly re-elected to a second term on Tuesday nor Youngkin, a first-term governor, has announced a presidential bid. However, DeSantis is reportedly strongly considering one.

In a Friday post on his Truth Social network, Trump called Youngkin "Young Kin" and said, "sounds Chinese, doesn't it?" Youngkin is not Chinese. The day earlier, Trump posted a long harangue about DeSantis again calling him Ron "DeSanctimonious" and said he owes his political fortunes to Trump.

Two Florida Republicans close to DeSantis predicted the governor would be wary of responding directly, keeping his focus on the state's recovery from Hurricane Ian and policy issues.

By keeping out of the fray, for now, they said, DeSantis would highlight how his governing style differs from Trump's more combative and less policy-focused approach, they said.

Trump's early presidential announcement, set for Tuesday, may be viewed as an attempt to clear the field before the race even begins, but the sharpening criticism within the party suggests that won't happen.

Republicans had been expected to take control of the House by a wide margin but, as of Friday, weren't assured of a takeover at all as votes continued to be tallied in several races. In the Senate, Trump-backed candidates in states such as Pennsylvania and Georgia stumbled and his pick in Arizona, Blake Masters, appeared to be on track to lose to Democratic Senator Mark Kelly.