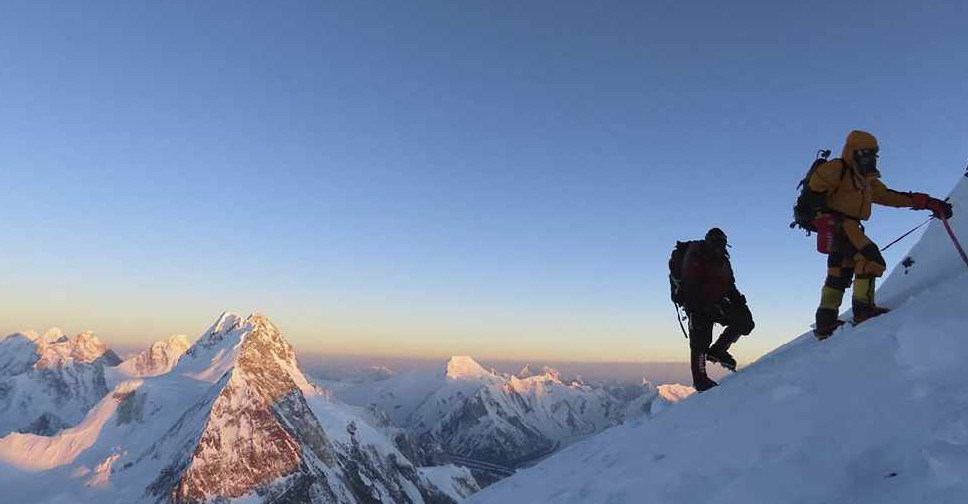 Pakistani military helicopters continued to search for three missing climbers on the world's second highest mountain K2 on Monday, as hope of their survival faded rapidly.

Muhammad Ali Sadpara of Pakistan, John Snorri of Iceland, and Juan Pablo Mohr of Chile were last seen Friday around noon at what is considered the most difficult part of the climb: the Bottleneck, a steep and narrow gully just 300 metres shy of the 8,611 metre high K2.

The spot is just above the ceiling of helicopters, which have been searching for three days now.

Sadpara, one of Pakistan's most celebrated climbers who had ascended eight of the world's highest mountains, was accompanied by his 20-year-old son Sajid Sadpara, who was told by his father to climb down when an oxygen mask he was using malfunctioned.

He told reporters on Sunday he waited overnight at a camp just below the Bottleneck, believing the three had summitted and would be coming down.

"I kept the light of my tent on at night thinking they would see it when they return," he said.

It was the group's second attempt at climbing K2 this winter, in a season that has already seen three other climbers die in the area.

Bulgarian Atanas Skatov's body was picked up by a helicopter on February 5, and officials believe he fell while trying to climb K2.