Son of late Philippines strongman Marcos to run for presidency 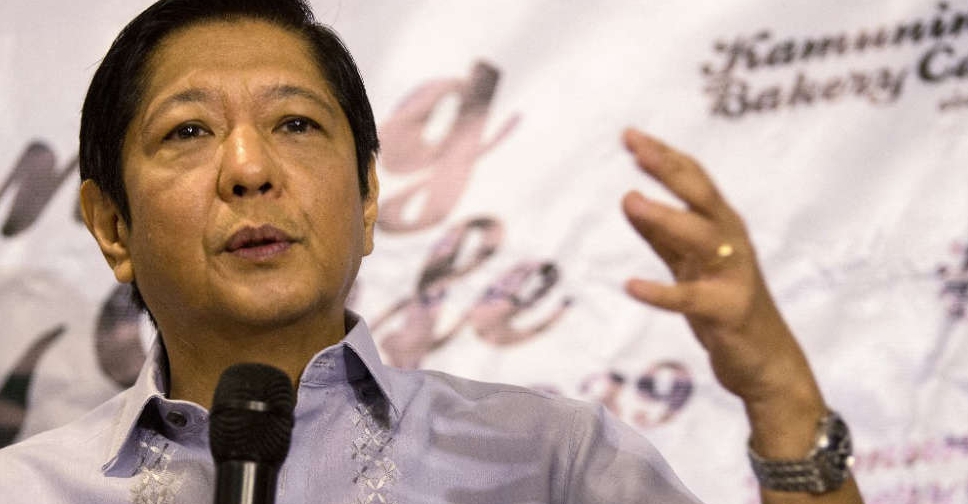 The son and namesake of late Philippines dictator Ferdinand Marcos will file his candidacy for president in next year's elections, local media reported on Tuesday, but his lawyer said a final decision had not yet been made.

Ferdinand Marcos Jr, 64, popularly known as "Bongbong", has been involved in politics since his return in 1991 from exile following his father's 1986 overthrow, as provincial governor, congressman and senator.

The Philippine Star had reported the plan on its official social media accounts, citing its correspondent. Asked about a run for the presidency, Marcos' lawyer Vic Rodriguez, told Reuters no final decision had been made.

Marcos on Tuesday took an oath as chairman of a political party that had earlier nominated him as its presidential candidate.

The party is still having a meeting, and information that came out was "raw information", added lawyer Rodriguez, who is also the party's executive vice president.

Another aide to Marcos also did not confirm the Star report but said there would be no filing of candidacy on Tuesday and "something" would be announced later, without elaborating.

Marcos unsuccessfully ran for the vice presidency in 2016. A run for the top post would be a big step in a country where many are still healing from the 1970s martial rule era of the elder Marcos.

His family has long sought to rebuild its image and has repeatedly denied allegations it plundered billions of dollars of state wealth when in power, which ended in a 1980s People's Power uprising.