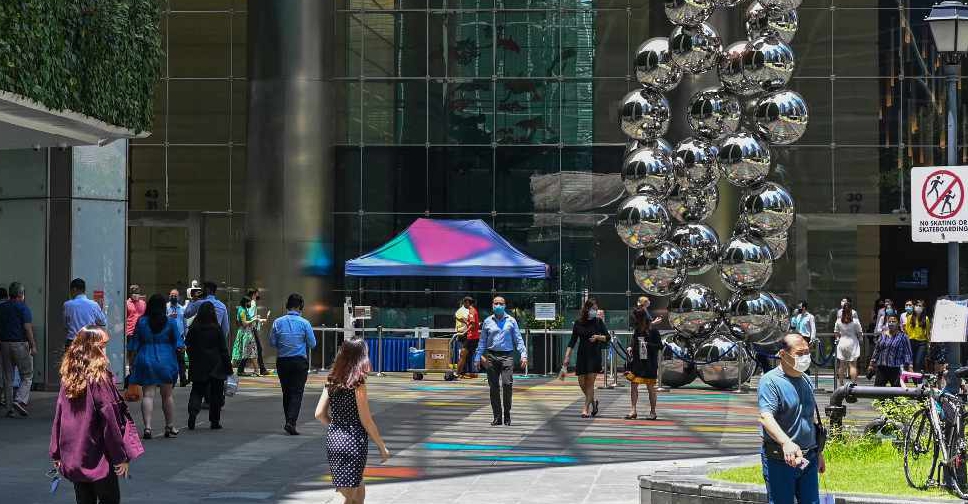 Singapore urged its people to reduce social interactions and warned of tougher action on Friday if coronavirus infections rise further, a day after reporting its highest number of domestically transmitted cases in about seven months.

It confirmed nine new local cases on Friday, following 16 the day before, including a growing cluster at a hospital.

Though those are only a fraction of the number being reported among Singapore's Southeast Asian neighbours, a jump in infections would be a setback for the Asian business hub, which has successfully contained its earlier outbreaks.

Health authorities on Friday said the scale of social interactions should be reduced and more crowd control measures would be imposed over the next two weeks.

"We have to be mentally prepared that if the situation does not improve, and instead continues to worsen over the coming days, then we will not hesitate to take tougher action," said Lawrence Wong, a minister who co-heads Singapore's coronavirus taskforce.

There are 13 cases now linked to Tan Tock Seng Hospital, which includes four staff members who had been vaccinated but have had no or mild symptoms.

Authorities have isolated four wards of the hospital, banned visitors and were conducting mass-testing following the cluster, which is the first in a Singapore hospital.

The city-state has reported more than 61,000 COVID-19 cases since the pandemic hit last year, the vast majority of those in dormitories housing low-wage foreign workers. It has recorded 30 deaths.

Most of its subsequent cases have been imported.

Singapore's immunisation programme is in full swing, using vaccines of Pfizer-BioNTech and Moderna. It is on track to inoculate its population of 5.7 million by year-end.