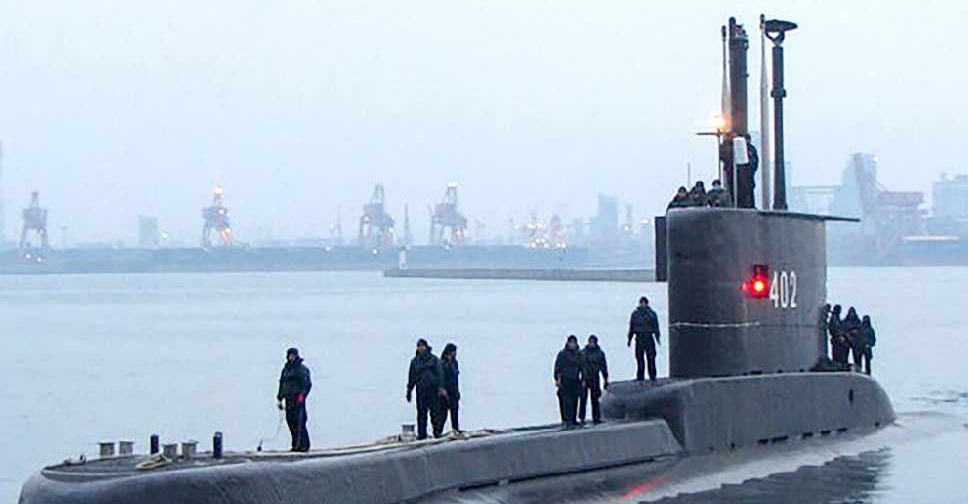 Indonesian rescuers searching for a submarine that went missing with 53 people on board found an oil spill on Wednesday near where the vessel dived.

The 44-year-old submarine, KRI Nanggala-402, was conducting a torpedo drill in waters north of the island of Bali but failed to relay the results as expected, a navy spokesman said.

An aerial search found an oil spill near the submarine's dive location and two navy vessels with sonar capability have been deployed to assist in the search, according to the Defence Ministry.

A ministry statement said requests for assistance had been sent and Australia, Singapore and India had responded.

"We are still searching in the waters of Bali, 60 miles (96 km) from Bali, (for) 53 people," military chief Hadi Tjahjanto told Reuters in a text message. He said contact with the vessel was lost at 4:30 a.m. on Wednesday.

Representatives of the defence departments of Australia and Singapore did not immediately respond to requests for comment.

"It is possible that during static diving, a blackout occurred so control was lost and emergency procedures cannot be carried out and the ship falls to a depth of 600-700 metres," the Indonesian Navy said in a statement.

The submarine was built to sustain pressure at a maximum depth of around 250 metres, an official said.

The oil spill found on the surface could also mean there was damage to its fuel tank or could also be a signal from the crew, the navy said.

The military chief will hold a media briefing to share further information about the search on Thursday from Bali, a spokesman said.

The 1,395-tonne KRI Nanggala-402 was built in Germany in 1977, according to the defence ministry, and joined the Indonesian fleet in 1981. It underwent a two-year refit in South Korea that was completed in 2012.

Indonesia in the past operated a fleet of 12 submarines bought from the Soviet Union to patrol the waters of its sprawling archipelago.

But now it has a fleet of only five including two German-built Type 209 submarines and three newer South Korean vessels.

Indonesia has been seeking to modernise its defence capabilities but some of its equipment is old and there have been deadly accidents in recent years.