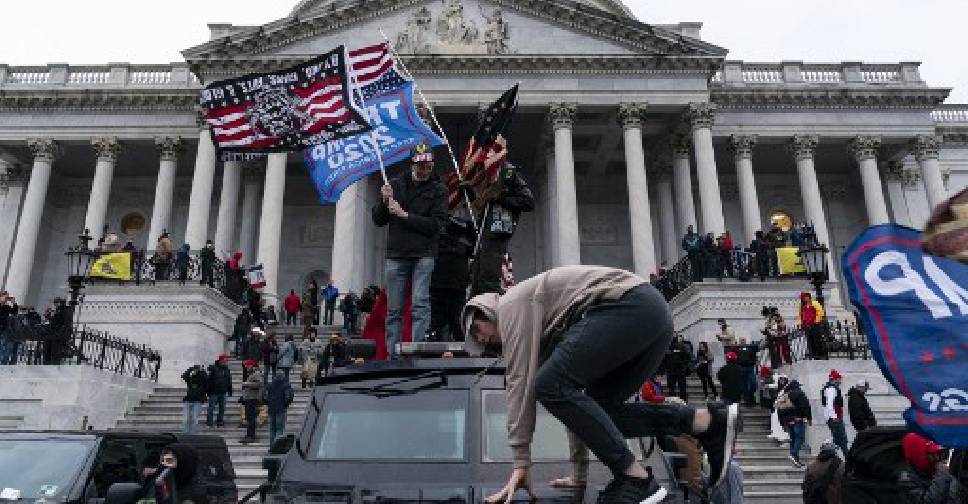 Two top aides to the first lady Melania Trump have resigned in the wake of violence on Capitol Hill, and more White House officials are said to be considering standing down.

They include the national security adviser Robert O'Brien and his deputy, Matthew Pottinger.

Stephanie Grisham resigned as chief of staff to the first lady after supporters of President Donald Trump violently occupied the US Capitol in an effort to block Congress from certifying the presidential election results.

"It has been an honour to serve the country in the White House. I am very proud to have been a part of Mrs Trump’s mission to help children everywhere and proud of the many accomplishments of this administration," Grisham said in a statement.

Grisham, who spent a year as White House press secretary before becoming chief of staff to the first lady, did not say whether her resignation was in reaction to the violence in the nation's capital, but a source familiar with her decision said it was the last straw for her.

O'Brien was also considering resigning, as was Pottinger, the deputy national security adviser who has been a key voice on China policy within the administration, two sources said.

"I just spoke with Vice President Pence," O'Brien said in a statement earlier Wednesday, adding, "I am proud to serve with him."

There was also chatter inside the White House that deputy chief of staff Chris Liddell might resign, a source said.

The daughter of former Vice President Dick Cheney described the assault as an attempt to prevent Congress from carrying out its constitutional duty to review the results of the 2020 election.

Representative James French Hill, who has voted with Trump more than 95 per cent of the time, told CNBC: "The president bears part of the responsibility for the heated rhetoric."

The unrest forced Congress to temporarily postpone a session to certify President-elect Joe Biden's victory but it resumed after three hours.

The US Senate overwhelmingly rejected a move by Trump's allies to object to Arizona's certification of its presidential election results that awarded the win to Biden.

The Senate voted 93-6 against the measure.