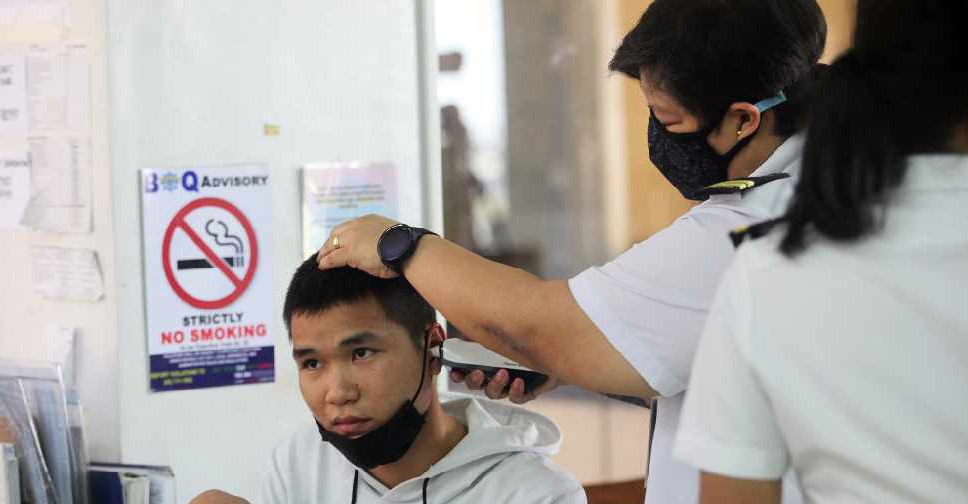 Philippines President Rodrigo Duterte has extended a strict lockdown in the capital region and adjacent provinces by at least one week to try to contain a renewed surge in coronavirus infections, his spokesman said on Saturday.

The Philippines, which has the second-highest COVID-19 cases and deaths in Southeast Asia, reported 12,576 new coronavirus infections on Saturday, putting further strain on the healthcare system.

Restrictions, which include a ban on non-essential movement, mass gatherings and dining in restaurants, will remain for at least another week, Duterte's spokesman, Harry Roque, said in a televised announcement. The measures had been set to end on April 4.

"This will go with intensified prevention, detection, isolation, tracing and rehabilitation that we will monitor on a daily basis," Roque said.

Active cases in the country have hit a record 165,715, 96 per cent of which were mild, health ministry data showed.

But intensive care capacity in the capital region's hospitals have reached a critical level, with 80 per cent of beds utilised and many hospitals being forced to turn away patients.

The congested capital region, an urban sprawl of 16 cities home to at least 13 million people, accounts for two-fifths of the country's 784,043 confirmed cases and a third of the total 13,423 deaths.

A University of the Philippines research team on Saturday called for a speedy construction of isolation facilities to prevent infections spreading through households.

Extended coronavirus curbs will continue to hurt the Philippines' economy, which posted a record 9.5 per cent slump last year.

The Philippines has so far inoculated nearly 739,000 people. This is just 1 per cent of its target of vaccinating 70 million of its 108 million population to achieve herd immunity and safely reopen the economy.