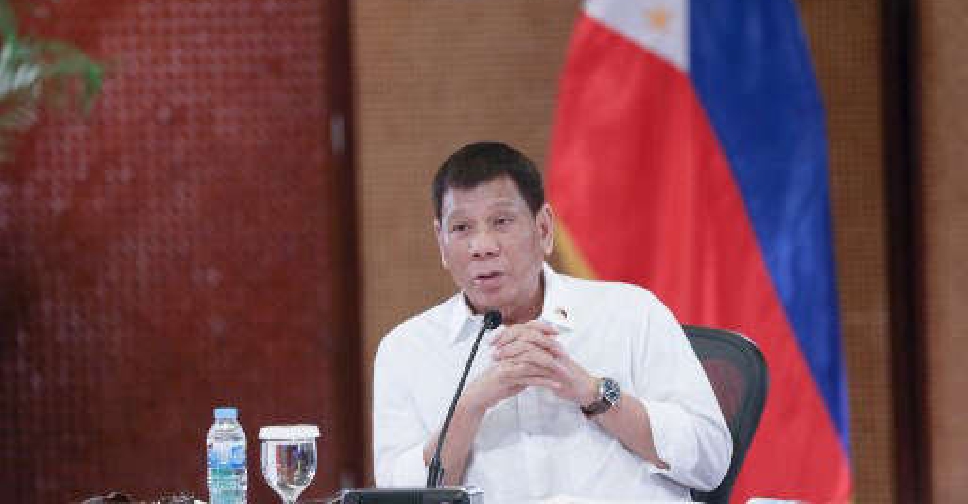 Philippine President Rodrigo Duterte said he was retiring from politics on Saturday, fuelling speculations that he is clearing the way for his daughter, Sara Duterte-Carpio, to run to succeed him.

"Today, I announce my retirement from politics," Duterte said, accompanying loyalist Senator Christopher "Bong" Go from the ruling PDP-Laban party as he registered to run for vice president in next year's election.

The 76-year-old had been expected to run for the No. 2 job, a plan which most Filipinos oppose as violating the spirit of the constitution, which sets a one-term limit for the president to stop power from being abused.

"In obedience to the will of the people, who after all placed me in the presidency many years ago, I now say to my countrymen, I will follow your wish," Duterte said as he urged the public to support the candidacy of his longtime aide.

Political analysts say it is crucial for Duterte to have a loyal successor to insulate him from potential legal action, at home or by the International Criminal Court, over the thousands of state killings in his war on drugs since 2016.

Duterte, a maverick leader famous for his embrace of China and disdain for the United States, a close ally, remains popular even as his opponents accuse him of being authoritarian and intolerant of dissent.

More than 60 million Filipinos will vote in May for a new president, vice president and more than 18,000 lawmakers and local government officials.

Political observers had long suspected Duterte could spring a surprise, such as a presidential run by his daughter, Sara Duterte-Carpio, next year.

Duterte-Carpio's filing for re-election as Davao mayor, which happened shortly after her father announced his retirement, did little to douse speculation she has still her eyes set on the presidency.

She has topped opinion surveys on prospective candidates but said last month she was not running for higher office next year because she and her father had agreed only one of them would run for national office in 2022.

The older Duterte's decision not to join the race next year would clear her way.

"This allows Sara Duterte to run," said Antonio La Vina, professor of law and politics at the Ateneo de Manila University. "She sees through the father's scheme or it is a drama to confuse everyone."

Candidates have until Friday to register, but withdrawals and substitutions are allowed until Nov. 15, leaving scope for last-minute changes of heart, like the 11th-hour entry of Duterte for the 2016 election, which he won by a huge margin.

Political analyst Earl Parreno said he suspected the Dutertes were using the same playbook and that Duterte-Carpio would join the race at the last minute.

She did not immediately respond to a request for comment.