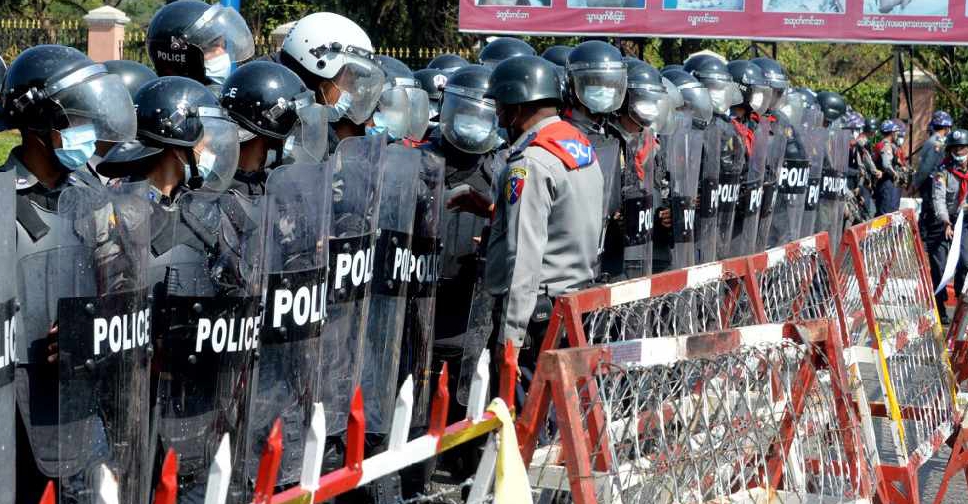 Myanmar police used force on Tuesday to disperse protests against military rule and one woman was in critical condition and not expected to survive after being shot in the head with a bullet, a doctor said.

Police fired guns, mostly into the air, and used water cannon and rubber bullets to try to clear protesters in the capital Naypyitaw, and four people were taken to hospital with what doctors initially said they believed were wounds caused by rubber bullets.

One of them, a woman, had what was most likely a fatal head wound, said a doctor, who declined to be identified. The bullet could be seen lodged in her in an X-ray, the doctor said.

"She hasn't passed away yet, she's in the emergency unit, but it is 100 per cent certain the injury is fatal," the doctor, who said senior colleagues involved in her treatment had assigned him to speak to the media, told Reuters.

"According to the X-ray, it's a live bullet."

Neither police nor the hospital responded to a request for comment.

A man had a chest wound but was not in critical condition. It was not clear if he was hit with a bullet or rubber bullet, the doctor said.

Protesters have taken to the streets in cities and towns in the largest demonstrations in Myanmar for more than a decade against a February 1 military coup that ousted the elected government of veteran democracy campaigner, Aung San Suu Kyi.

The unrest has revived memories of almost half a century of direct army rule, and spasms of bloody protests against it, until the military began a process of withdrawing from civilian politics in 2011.

Suu Kyi's party won a 2015 election but the transition to democracy was brought to a halt by the February coup that ousted her government as it was preparing to begin its second term after her National League for Democracy (NLD) swept a November 8 election.

The military cited election fraud as justification for its takeover. The electoral commission dismissed accusations of fraud.

Earlier, witnesses said police fired guns into the air in Naypyitaw as a crowd refused to disperse. Police then fired water cannon at the protesters, who responded with stones, the witness said.