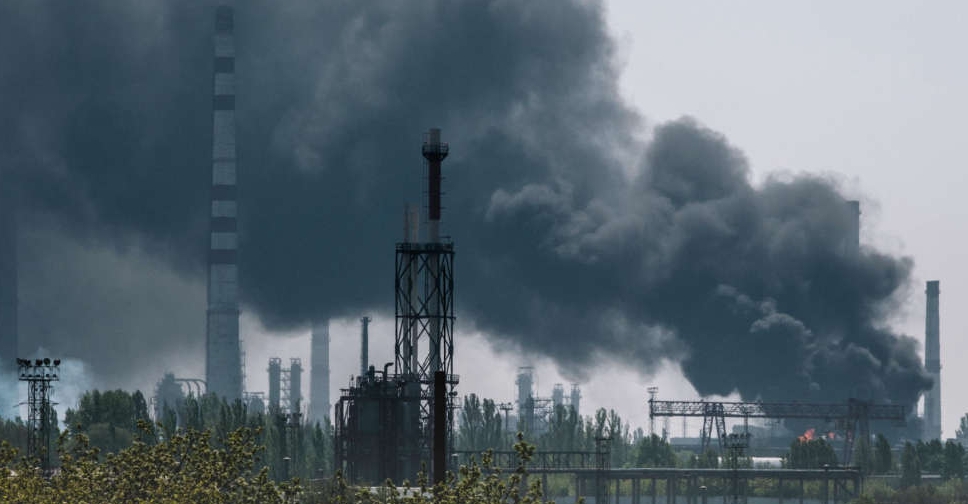 While Putin was silent about plans for any escalation, he exhorted Russians to battle.

His forces continued to destroy the infrastructure of the Azovstal steel plant in Mariupol where the last Ukrainian troops are holding out.

"You are fighting for the Motherland, for its future, so that no one forgets the lessons of World War Two. So that there is no place in the world for executioners, castigators," Putin said.

Ukraine's President Volodymyr Zelenskiy, in his own speech on Monday, promised Ukrainians would triumph.

"On the Day of Victory over Nazism, we are fighting for a new victory. The road to it is difficult, but we have no doubt that we will win," said Zelenskiy.

In Odesa, the major Black Sea port for exporting agricultural products, one person was killed and five people were injured when seven missiles hit a shopping centre and a depot, Ukraine's armed forces said on Facebook.

Ukraine and its allies have intensified efforts on how to unblock ports or provide alternate routes for exporting its significant crops of grain, wheat and corn.

Air raid sirens could be heard across several regions of Ukraine early on Tuesday including Luhansk, Kharkiv and Dnipro.

Serhiy Gaidai, the governor of Luhansk, said the region was attacked 22 times in the 24 hours to early Tuesday.

"During the day on May 9th, the Russians fired en masse on all possible routes out of the region."

Houses were destroyed in Sievierodonetsk and Lysychansk and in the village of Shypilovo, where people remained trapped, there was an attack on an inspecting crew that wounded one person, Gaidai added.

In the town of Bogodukhov, northwest of Kharkiv, four people were killed and several homes were destroyed in Russian attacks on Monday, local media quoted Kharkiv officials as saying.

Ukraine's defence ministry said Russian forces backed by tanks and artillery were conducting "storming operations" at Mariupol's Azovstal plant, where hundreds of Ukrainian defenders have held out through months of siege.

Mariupol lies between the Crimean Peninsula, seized by Moscow in 2014, and parts of eastern Ukraine under the control of Russia-backed separatists. Capturing the city would allow Moscow to link the two areas.