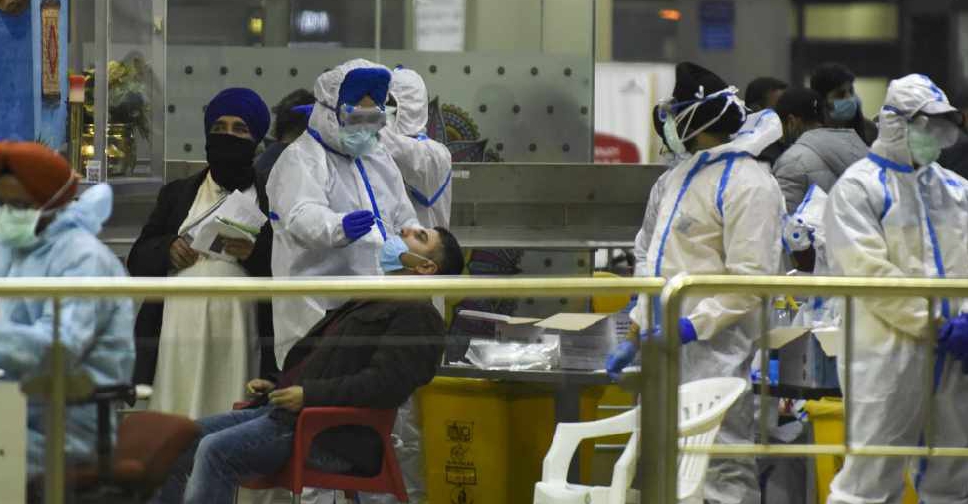 Five people arriving in India from Britain have tested positive for the novel coronavirus, a government official said on Tuesday, but it was not clear if they had a highly infectious new variant of the virus.

India has the second-highest number of infections in the world after the US, with its tally rising past 10 million on the weekend. More than 146,000 people have died of COVID-19 in India.

The aviation ministry on Monday announced the suspension of all flights from Britain from Wednesday until the end of the month, and made it mandatory for all passengers arriving before the ban comes into force to be tested for the virus.

Five of the 266 passengers and crew who arrived in New Delhi on a flight from Britain late on Monday had tested positive for the coronavirus, said government official Awanish Kumar, who is helping coordinate testing at New Delhi airport.

"It is unclear... NCDC will confirm this," Kumar said in a text message when asked if any of the five had the new strain of the virus. He was referring to the National Centre for Disease Control.

The discovery of the new variant, just months before vaccines are expected to be widely available, sowed new panic in a pandemic that has killed about 1.7 million people worldwide and more than 67,000 in Britain.

At least two other flights from Britain have landed in India since the announcement of the flight ban, one in Mumbai and the other in the northern city of Amritsar.

Test results from the 240 people who arrived late on Monday in Amritsar were due on Tuesday afternoon, government official Deepak Bhatia told Reuters.