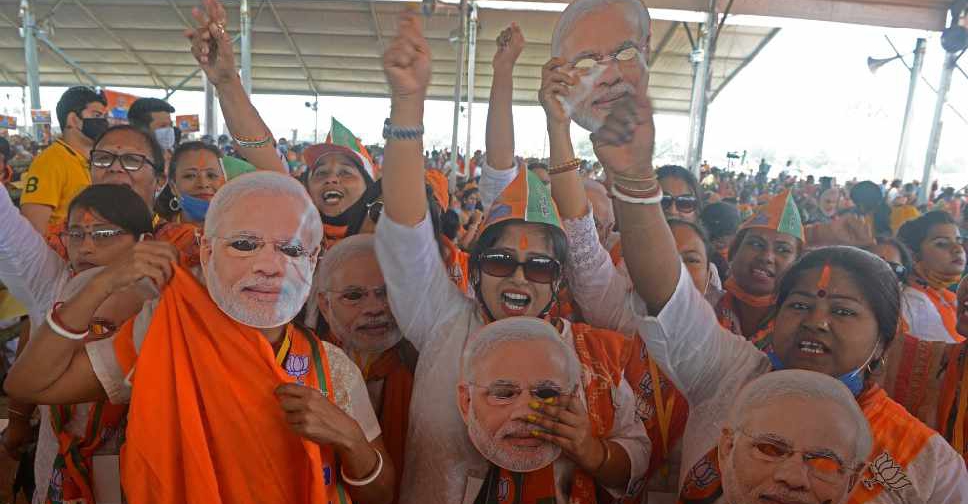 India extended a record daily run of new COVID-19 infections on Friday, as politicians pushed ahead with election rallies against advice they could worsen the outbreak.

India is battling a massive second wave of the coronavirus pandemic, with new restrictions imposed in Mumbai, New Delhi and other cities. There are also growing calls for officials to speed up the country's vaccination programme as hospitals are swamped with patients.

The 217,353 new cases reported by the health ministry on Friday marked the eighth record daily increase in the last nine days and took total cases to nearly 14.3 million. India's case count is second only to the United States, which has reported more than 31 million infections.

Experts have raised concerns about the spread of more contagious and deadlier variants of the disease, particularly given widespread participation in religious festivals and political rallies. A Lancet study this month estimated that India's fatalities could double by June.

"The biggest fight we have is in the society ... Over a period of time, people have adopted a casual approach," Health Minister Harsh Vardhan said at New Delhi's All India Institute of Medical Sciences on Friday.

Several senior leaders and opposition lawmakers, including Prime Minister Narendra Modi and Congress's Rahul Gandhi, have been holding large rallies for supporters amid elections in five regions, including West Bengal.

Visuals from the rallies have shown thousands of mask-less people crowded together and chanting slogans as they listen to speeches from politicians, in clear violation of social distancing and other COVID-19 norms.

Meanwhile, hundreds of people at a religious gathering in Haridwar in the north of the country tested positive for COVID-19 as tens of thousands of devout pilgrims jostled to take a holy dip in the Ganges. The weeks-long "Kumbh Mela" festival, where ascetics bathe to wash away their sins, began earlier this month and officials have warned they expect cases to rise significantly. One local official called it a "super-spreader" event.

India has so far injected 115 million vaccine doses, the highest globally after the United States and China, but that covers only a small fraction of its 1.4 billion people.

In the heat of the latest wave of infections, India has shifted from being a mass vaccine exporter to a major importer.

Officials abruptly changed the rules to allow vaccine imports to be fast-tracked, having earlier rebuffed foreign drugmakers like Pfizer. It will import Russia's Sputnik V vaccine starting this month to cover as many as 125 million people.

India on Thursday gave approval to the Haffkine Institute in the western Maharashtra state to begin producing Bharat Biotech's COVAXIN shot, a move that is expected to help ease supply bottlenecks.

The country is currently administering COVAXIN and AstraZeneca's vaccine, which is manufactured by the Serum Institute of India and branded Covishield.