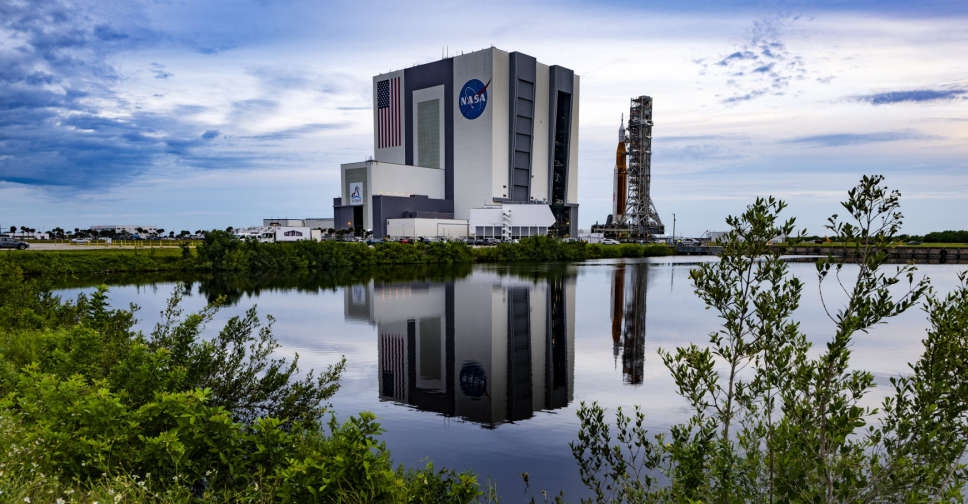 NASA will batten down its big new moon rocket on the launch pad to ride out a hurricane expected to hit near Cape Canaveral, Florida, and its targeted liftoff time next week has been postponed by two days, the US space agency said on Monday.

Kennedy Space Center lies near the middle of a 240-mile stretch of Florida's Atlantic shore, where forecasters say Tropical Storm Nicole is most likely to strike Wednesday night or early Thursday as a category 1 hurricane.

As of Tuesday night, Nicole was packing maximum sustained winds of 100 kph and gaining force as it headed for the northern Bahamas en route to Florida, the Miami-based National Hurricane Center reported.

NASA's next-generation rocket, standing 32 stories tall, was rolled out to its launch pad last week for what would be a third attempt to get it off the ground for its inaugural, uncrewed flight to the moon and back.

The flight, marking the first mission of NASA's ambitious new Artemis lunar exploration program, had been set for liftoff next Monday.

Nicole's approach prompted NASA to delay that launch window by at least two days, to Wednesday, November 16, giving workers extra time to tend to families and homes before the storm and to ready the rocket for flight afterward.

NASA said it would keep the Space Launch System (SLS) rocket and Orion capsule moored to the launch pad through the storm rather than try to roll the spacecraft back to its hangar - a nearly 12-hour undertaking that entails additional risks.

If the giant tractor crawler used to transport the rocket to and from its hangar were to break down, the spacecraft could be left more vulnerable, said Mark Burger, a launch weather officer for the Cape's US Space Force Station.

"It could be many hours of sitting out on the crawlerway exposed to the forces from the wind, and that would be the absolute worst scenario," Burger told Reuters.

The rocket was built to withstand exposure to heavy rains and winds as high as 85 mph, at the upper limit forecast at the Cape, NASA said.

In preparation for the storm, teams powered down the spacecraft's systems and took measures to secure the rocket and other equipment at the site. A "ride-out" team was assigned to stay at the complex and monitor conditions during the storm.

Two previous Artemis I launch attempts on August 29 and September 3 were aborted because of technical problems, and the rocket was moved back to its hangar because of Hurricane Ian.

If Artemis I gets off the ground on November 16, during a two-hour launch window that opens at 1:00 am EST (0600 GMT), the Orion capsule would return to Earth for splashdown on December 11, NASA said. A backup launch date was set for November 19.