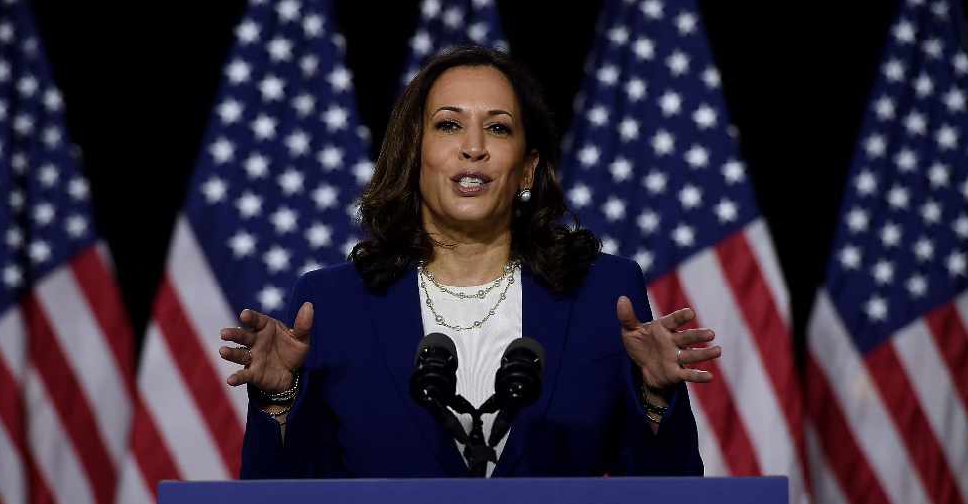 Harris said Biden, the former vice president under President Barack Obama, had recognised the critical moment being faced by the country by picking her to be the first Black woman and Asian American on a major-party US presidential ticket.

"Today, he takes his place in the ongoing story of America's march towards equality and justice as the only person who served alongside the first Black president, and has chosen the first Black woman as his running mate,” said Harris, a US senator from California.

Forced by the coronavirus pandemic to stage a more subdued launch than would be expected from a typical presidential campaign, the new running mates managed to display a personal connection that dates back to Harris' friendship with Biden's son Beau, who died of cancer in 2015.

Harris said she had long admired Biden's commitment to his family and country, and she described him as ready to meet the challenges created by Trump's failures in handling the pandemic and its economic consequences, as well as racial unrest.

"This is a moment of real consequence for America," she said. "Everything we care about — our economy, our health, our kids, the kind of country we live in — it’s all on the line.

"America is crying out for leadership, yet we have a president who cares more about himself than the people who elected him, a president who is making every challenge we face even more difficult to solve," Harris said.

The speech, delivered in a Delaware high school gymnasium near Biden's home, featured no cheering crowds. The two candidates wore masks as they arrived and kept their social distance on a stage flanked by state flags.

The joint appearance came just days before Biden will formally accept the Democratic presidential nomination at next week's party convention, which will take place largely as a virtual event due to COVID-19.

The Republican convention, where Trump is set to be nominated to seek a second four-year term, follows a week later and kicks off a 10-week sprint to Election Day on November 3.