George Floyd hailed as 'cornerstone of a movement' at funeral 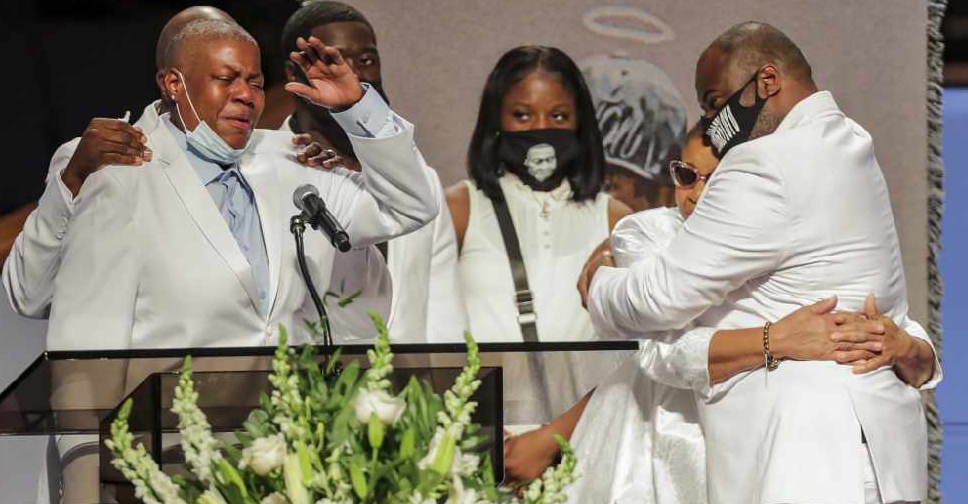 George Floyd was bid an emotional farewell on Tuesday, as friends and family celebrated his life and hailed him as a force for change.

Some 2,500 people attended his funeral in Floyd's hometown Houston on Tuesday, where he was remembered as a father, brother, athlete and mentor.

"I can breathe. And as long as I'm breathing, justice will be served," Floyd's niece Brooklyn Williams declared in a eulogy. "This is not just a murder but a hate crime."

She was one of several relatives and friends who paid tribute to the man they called "Big Floyd".

Meanwhile, civil rights activist the Rev. Al Sharpton said Floyd left behind a legacy of greatness despite growing up in a Houston housing project as "an ordinary brother".

His death under the knee of a white police officer sparked a global movement for racial justice and an end to police brutality.

Former Vice President Joe Biden also addressed the funeral service via a video recording. “We must not turn away. We cannot leave this moment thinking we can once again turn away from racism,” he said.