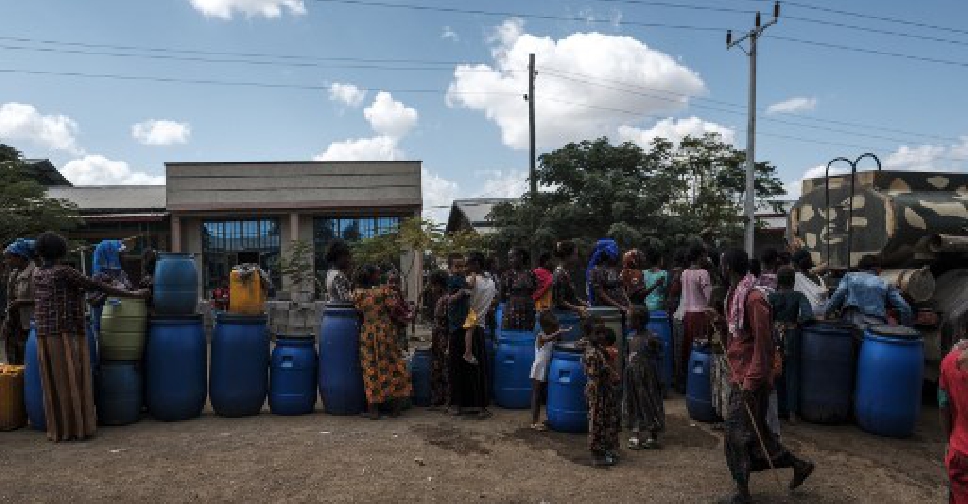 The first non-governmental aid convoy since fighting erupted last month has arrived in the capital of Ethiopia's northern region of Tigray carrying desperately needed medicines and other items, the international Red Cross said on Saturday.

The government restricted access to the region after fighting began on Nov. 4 between the government and a rebellious regional force. The conflict in Africa's second-most populous nation is believed to have killed thousands of people and displaced around 950,000.

The United Nations and other agencies have not been able to deliver aid although the government says it has sent food and other supplies.

The convoy of seven white trucks that arrived in the city of Mekelle was organised by the International Committee of the Red Cross (ICRC) and the Ethiopian Red Cross, the ICRC said.

Healthcare facilities in Mekelle have been paralysed after supplies of drugs and other medical items like surgical gloves ran out, the ICRC said. Ayder Hospital, the region's main referral hospital, was forced to shut its intensive care unit and surgical theatre because of the shortages and an inability to run the generator.

The government says it has defeated forces loyal to the region's former ruling Tigray People's Liberation Front (TPLF), and struck a deal with the United Nations to allow aid.

But some aid agencies and donors say the agreement is too restrictive and security remains a problem; one U.N. security team was shot at last weekend.

Nearly 50,000 refugees have crossed into eastern Sudan since early November. Nearly 15,000 are at Um Rakuba camp, where long lines of people waited for food with plates in their hands and new arrivals constructed shelters using tree branches.

"We don't have enough food or shelter here, but I am too scared to go back," said Tewelo Gabrageres, 35-year-old trader.