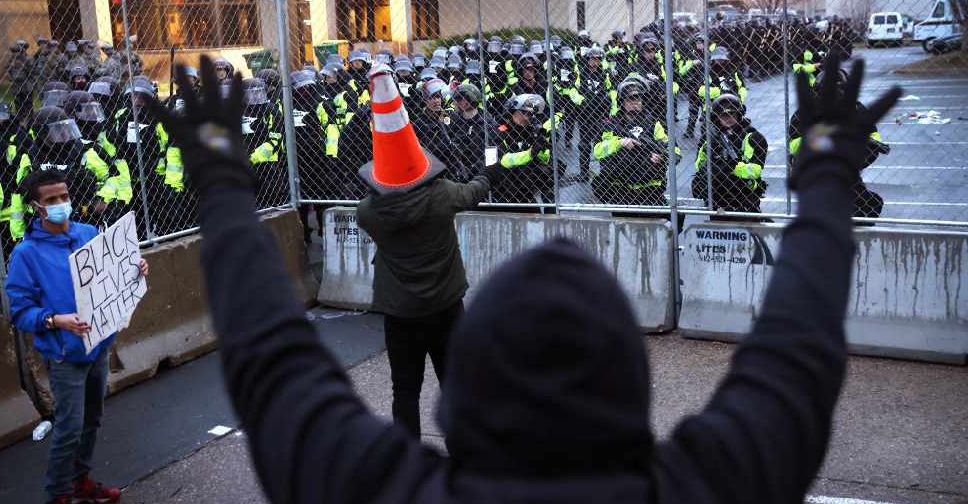 US President Joe Biden has called for protests over the fatal police shooting of a Black man in Minnesota to be "peaceful" and said accountability needed to be assured through a probe into the incident.

A video Biden described as "fairly graphic" showed the man, Daunte Wright, being shot on Sunday in Brooklyn Center, Minnesota, just miles away from where the trial of Derek Chauvin, the former white Minneapolis police officer charged with murdering George Floyd, is taking place.

"It is really a tragic thing that happened, but I think we've got to wait and see what the investigation shows," Biden told reporters at the White House.

Brooklyn Center Police Chief Tim Gannon said on Monday that the shooting appeared to be an "accidental discharge" by an officer who drew her gun instead of her Taser during a struggle following a traffic stop.

Biden said an investigation would be needed to establish that fact. He told reporters he had not spoken with Wright's family but extended his prayers to them and said he understood anger, pain and trauma in the Black community over repeated incidents of police killings.

Later in the day, Biden said he was thinking about Wright and his family — "and the pain, anger, and trauma that Black America experiences every day".

"While we await a full investigation, we know what we need to do to move forward: rebuild trust and ensure accountability so no one is above the law," Biden wrote on Twitter.

Federal resources are in the area to help maintain peace and calm, he added.

The incident came as the Biden administration backed away from a campaign pledge to swiftly create a US police oversight commission after a senior aide said they concluded that legislation would better address officers using excessive force.