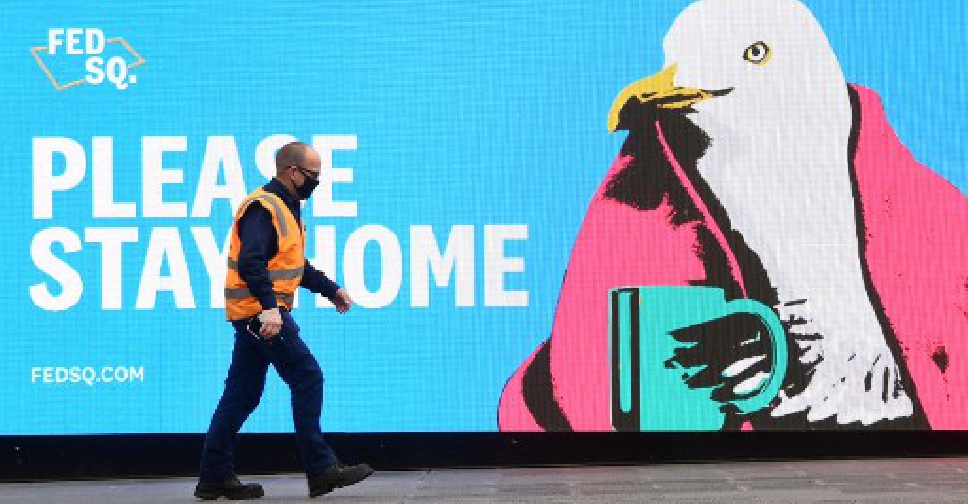 Australia's Victoria state on Wednesday extended a snap COVID-19 lockdown for a second week in Melbourne in a bid to contain an outbreak of the highly contagious virus strain first detected in India, but will ease some restrictions in other regions.

"If we let this thing run its course, it will explode," Victoria state Acting Premier James Merlino told reporters in Melbourne on Wednesday. "This variant of concern will become uncontrollable and people will die."

"No-one ... wants to repeat last winter," he said, referring to one of the world's strictest and longest lockdowns imposed in Victoria last winter to contain a second wave of COVID-19. More than 800 people died in the state's outbreak, accounting for roughly 90% of Australia's total deaths since the pandemic began.

Snap lockdowns, regional border restrictions and tough social distancing rules have largely helped Australia to suppress all prior outbreaks and keep its COVID-19 numbers relatively low at just over 30,100 cases and 910 deaths.

Though Victoria has been reporting daily cases in single digits since the lockdown was imposed, officials fear the strain of the virus in the latest outbreak could be spread even through minimal contact. Six new locally acquired cases were reported on Wednesday, versus nine a day earlier, taking the total infections in the latest outbreak to 60.

Health authorities have said the strain could only take one day to pass from person to person, compared with earlier strains where transmission could take about five or six days of contact.

For now, Melbourne's five million residents face a second week of only being allowed to leave home for essential work, healthcare, grocery shopping, exercise or to get a coronavirus vaccination.

But this restriction will likely be relaxed for people in other regions in the state - depending on any local transmission in the next 24 hours - though other anti-virus measures like mandatory mask-wearing will remain in place.

Authorities have said the latest outbreak has been traced back to a traveller who returned from overseas. The person left hotel quarantine in South Australia state after testing negative, but later tested positive in Melbourne.