Anger over arrests in Myanmar at anti-coup protests 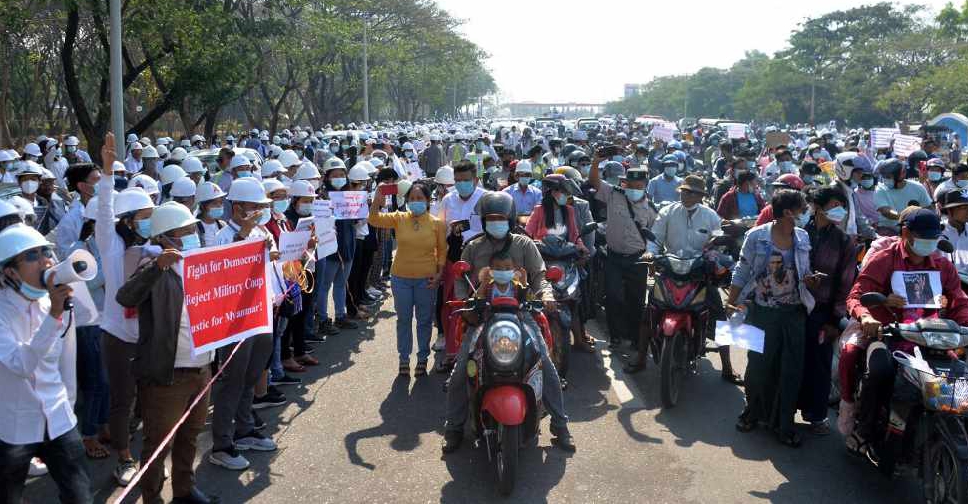 Thousands assembled in the business hub, Yangon, while protesters took to the streets of the capital Naypyitaw, the second city Mandalay and other towns a day after the biggest protests so far in the Southeast Asian country.

"Stop kidnapping at night," was among the signs held up by protesters in Yangon in response to arrest raids in recent days.

The United Nations human rights office said on Friday more than 350 people, including officials, activists and monks, have been arrested in Myanmar since the February 1 coup, including some who face criminal charges on "dubious grounds".

Anger in Myanmar has been fuelled by videos showing more arrests of government critics - including a doctor who was part of the civil disobedience movement. Some arrests have taken place during the hours of darkness.

The government did not respond to requests for comment on the arrests.

"Family members are left with no knowledge of the charges, location, or condition of their loved ones. These are not isolated incidents, and nighttime raids are targeting dissenting voices. It is happening across the country," it said in a statement.

The army said it had seized power because of alleged fraud in a November election that Suu Kyi's National League for Democracy party had won in a landslide. The army's complaints were dismissed by Myanmar's electoral commission.