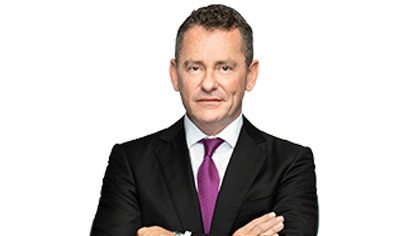 Founder and Chairman, Virtuzone and Virtugroup

As Founder and Chairman of Virtuzone, Neil Petch helps entrepreneurs and start-ups conceive, plan and build their businesses. Since its formation in July 2009, Virtuzone has assisted over 14,000 entrepreneurs, making it the most dynamic and fastest growing company setup operator in the UAE.

As Chairman of the holding company, Virtugroup, Neil also leads VirtuVest, an internal investment vehicle; Virtuzone Mainland, a provider of directorship services, corporate sponsorship and a facilitator of local Dubai and Abu Dhabi company setups; and Next Generation Equity, a provider of citizenship-by-investment services. Through VirtuVest, he has invested in and supported the growth of multiple companies.

In addition to starting up businesses, Neil has held senior roles in several companies. He helped establish ITP in Dubai and spearheaded the launch of over 60 digital and print titles, including Time Out, Harper’s Bazaar, Arabian Business, Ahlan and Grazia, and in the process saw the company grow from two to over 600 employees. Neil also served as Managing Director of ENG Media, part of the Emirates Neon conglomerate.

Having lived in over a dozen countries and with a career spanning over 25 years in the UAE, Neil has the ability to merge astute cultural insight with fresh thinking, leveraging his seasoned business sense and intuition to accurately reveal opportunities and lead them to fruition. Neil has appeared in BBC (Dubai Dreams) and ITV (Piers Morgan) features on Dubai, as well as programmes on BBC World and Sky. He has participated as a judge on the radio programme Falcons’ Lair, an entrepreneurship reality show loosely based on the BBC production Dragons’ Den, as well as a similar TV competition hosted by MadTalks. He is also a regular speaker, panellist and economic commentator, specialising in the SME sector.