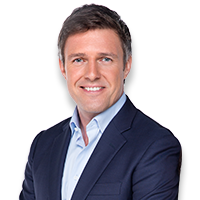 The Youngest Male to ever win a professional golf event, Josh Hill

A Dubai-based teenager has become the youngest player ever to win an Official World Golf Ranking event. Fifteen-year-old Josh Hill won the Al Ain Open on the Mena Tour, two shots ahead of fellow Englishman Harry Ellis. He was on Off Script to tell us his story and what life is like as a 15 year old golfer!

Hill carded a final-round 62 to reach 17 under par for the tournament's three rounds. At the age of 15 years, six months and 27 days old, the Dubai-born and raised Hill, broke the existing record of Ryo Ishikawa. "I really don’t know what to say right now. I am shocked. If you had told me during the summer that I will be winning a MENA Tour title against professionals and become the youngest ever winner of an OWGR event, I would have laughed at the notion. I guess hard work pays,” said Hill.

The youngest male golfer EVER to win a professional golf event, Josh Hill who is Dubai-born is on the show. He won the MENA Tour yesterday and made history!